MANUL: THE GHOST OF THE STEPPE 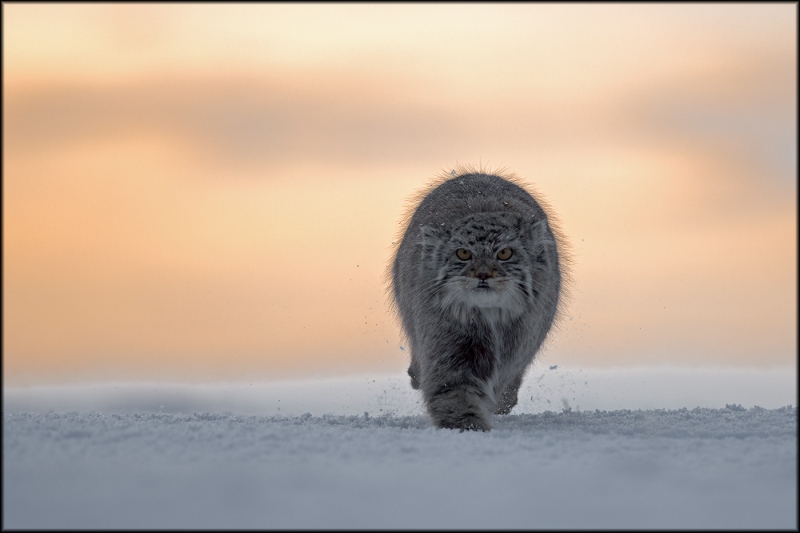 It lives in the Asian steppes, at altitudes between 1,000 and 4,000 meters. It is an extremely solitary animal found in rocky areas of steppes, arid hills or semi-desert areas.

Its size is similar to that of a domestic cat and has some characteristic that distinguishes it from other felines. The most curious is the rounded pupil of its eyes, being the only feline that has this particularity. Its fur, the densest and longest, allows it to withstand the extreme temperatures of the environments it inhabits. Due to the need to go unnoticed while hunting, this species underwent an evolution in its ears. They are located on the sides of their head instead of the top, preventing them from showing when they are hunting. Its legs are short and its body is stocky and solid, with a long, furry, black-ringed tail. Their fur is very variable in color, from ash gray to reddish. The black lines cross his body without interruption from one flank to another. It feeds on small rodents such as pika and small birds. 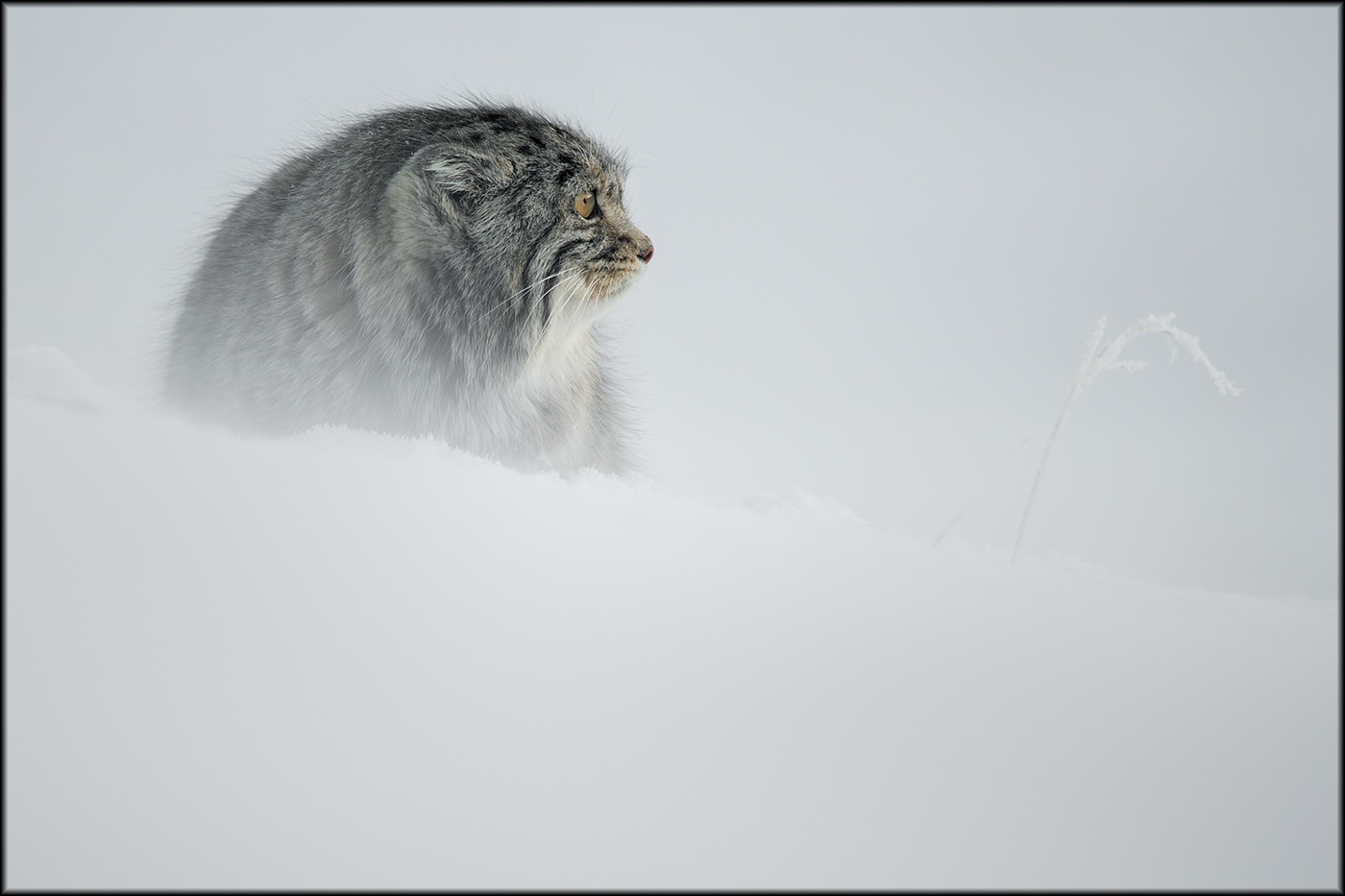 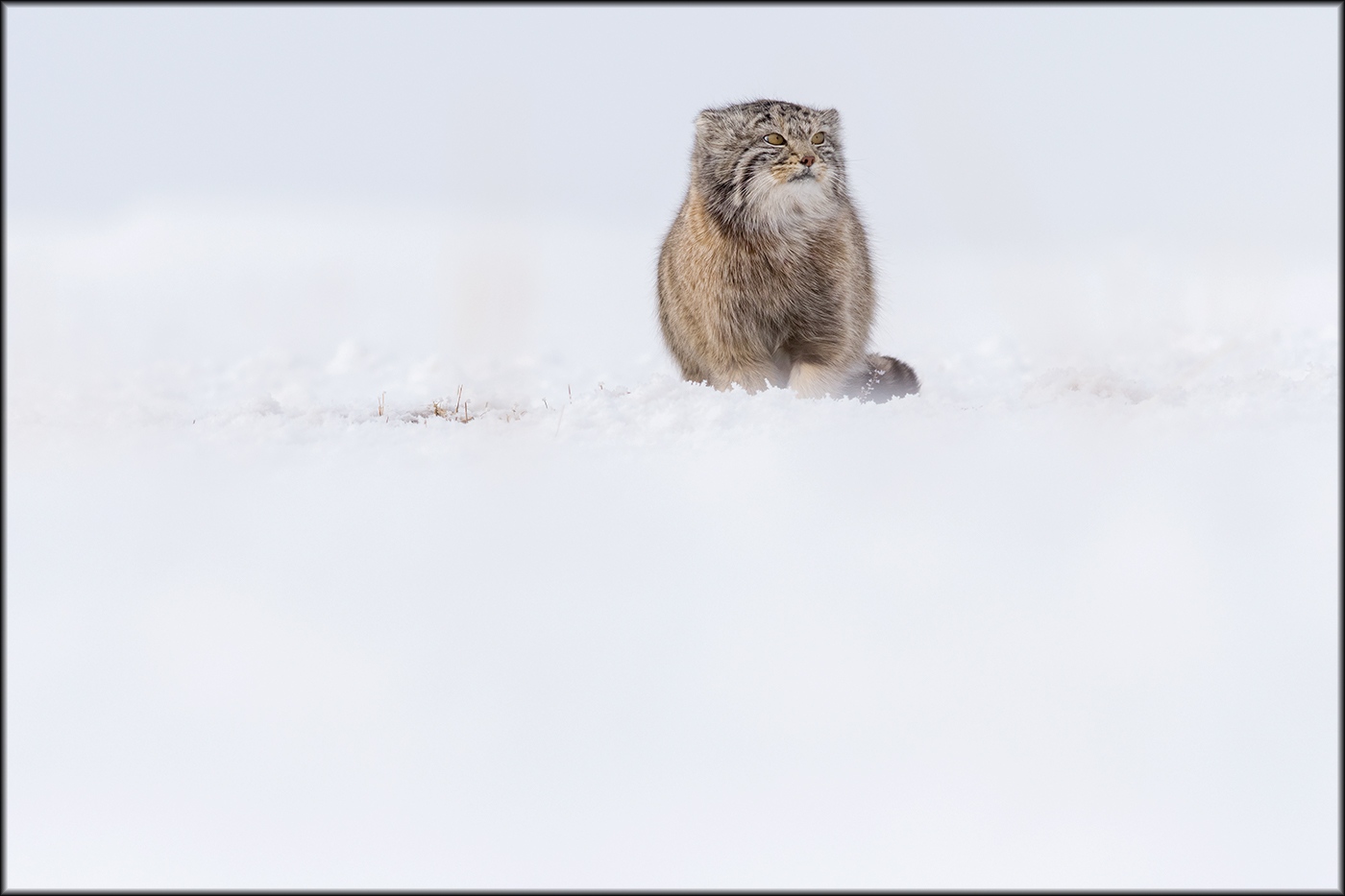 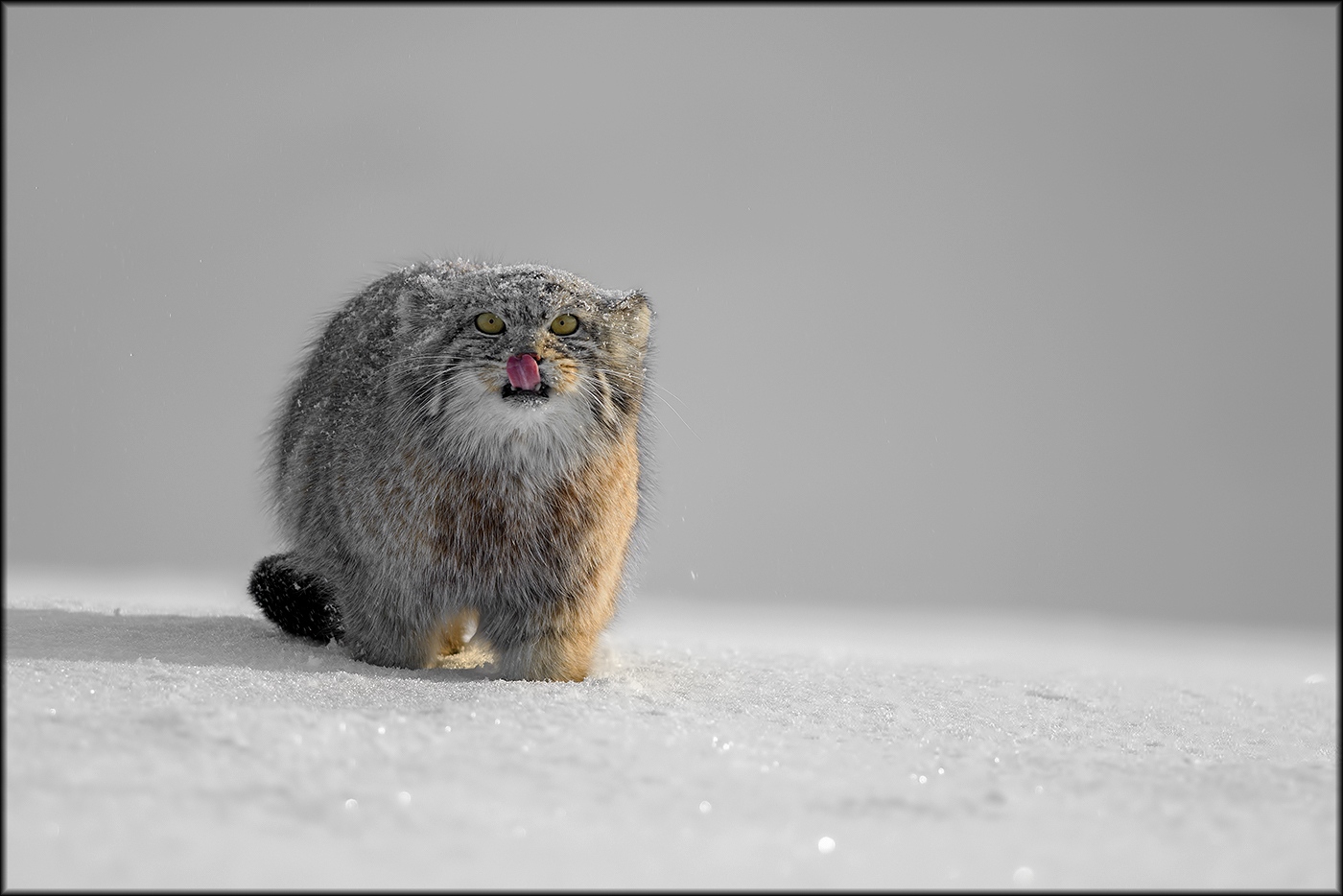